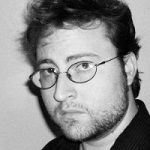 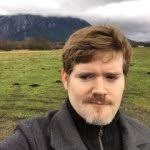 Aaron McLeran and Dan Reynolds joined us over Skype to talk about the new procedural audio features in Unreal Engine 4.16. Aaron began with an introduction to UE4’s visual scripting system, Blueprint, picking out topics such as execution order, data structures and messaging, and making useful comparisons to the way various features are implemented in MaxMSP.

After a demo video of his procedural music system, Dan Reynold’s opened up his Blueprint graphs for a deep dive into the logic flows controlling several pre-built synthesisers – each one engineered in Blueprint using data structures, and each running in real-time in the engine. Video of the presentation and Q&A is below!

Download Unreal Engine 4.16 here and start making stuff! We hope to run a UE4 procedural audio workshop + show and tell at PANow later in the year.